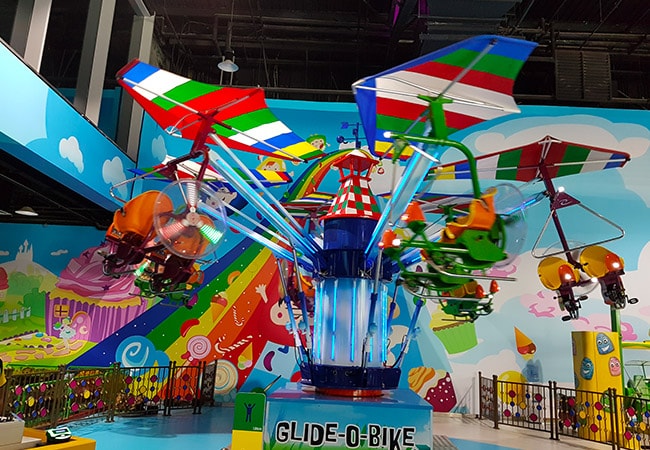 Air Race 6.2 and WindstarZ among several new rides in Oman

The Abu Taleb Investment Group is a major developer of real estate in Oman, its work including several amusement projects where it has recognized the importance of having large, crowd-pulling rides among the attractions on offer.

As an example, for the group’s 4,500sq.m Funtazmo FEC inside Avenues Mall in Muscat, it chose to offer customers the thrilling experience of an Air Race 6.2 together with a Magic Bikes. Additionally, for a new upcoming project in Ruwi, which is due to open in summer 2018, the decision was taken to include a WindstarZ as the centerpiece attraction, surrounded by a Su&Zo, a Jump Around and a Magic Bikes.

The Ruwi WindstarZ will be the first indoor installation of this ride which offers riders the opportunity to create their own experience by controlling the movement of the sail on their ‘hang glider’ vehicle. 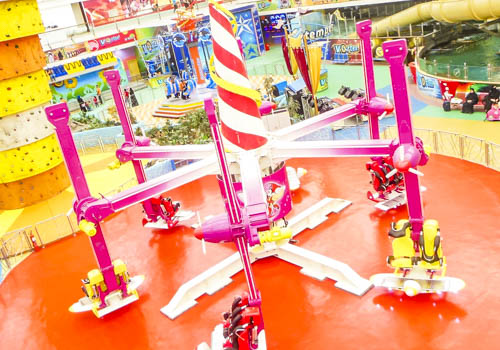 Air Race takes riders on an amazing journey which replicates the experiences and sensations of an acrobatic aeroplane flight, with banks, loops, dives and weightlessness that will test even the most experienced thrill seekers.

CLICK HERE TO SUBSCRIBE
We use cookies to ensure that we give you the best experience on our website. If you continue to use this site we will assume that you are happy with it.Ok