20 November 2019 Mr. Zamperla inducted into the IAAPA Hall Of Fame

Congratulations to Mr. Alberto Zamperla, CEO and President of Antonio Zamperla S.p.A., for his induction into the IAAPA Hall Of Fame! 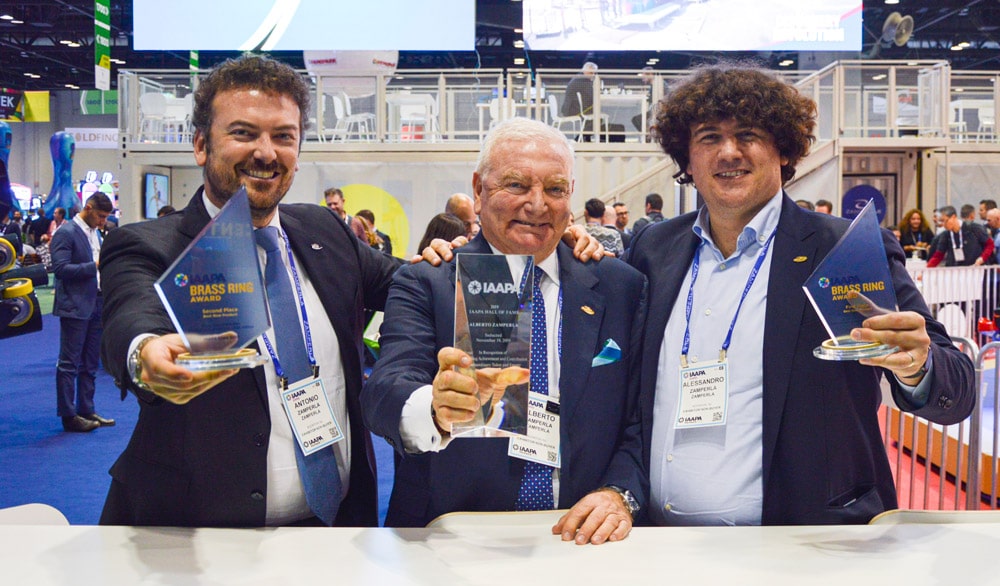 Yesterday, during the first day of IAAPA Expo 2019, Mr. Alberto Zamperla, President and CEO of the famous Company, was inducted into the IAAPA Hall Of Fame!

Thanks to his significant contribution to the growth of the amusement park and worldwide attraction industry with undying entrepreneurship, business acumen  and cultural sensitivities, 15 years after the induction of his father Antonio, President and CEO Alberto Zamperla has received this IAAPA highest honor too.

During his speech, Mr Z. wanted to give a big thank to all the people who supported him and his nomination:

“First of all I would like to thank IAAPA, its organization and its people for being of such important support to our industry.

My sincere thanks also to those who nominated me and supported my nomination; to my whole family, my wife Paola, my sons and my employees, for always putting up with me and for being such an incredible group of valuable, dedicated, passionate people; to all Zamperla’s customers too, who have believed in us and motivated us to work harder to give them the best products and services in our capacity.

This award celebrates my contribution to the amusement industry and business.

It’s another important milestone of the Zamperla history and now with my sons we’ll write the next chapters.

Thank you again for your consideration!”

WATCH THE VIDEO OF THE AWARD FROM 9’34 sec