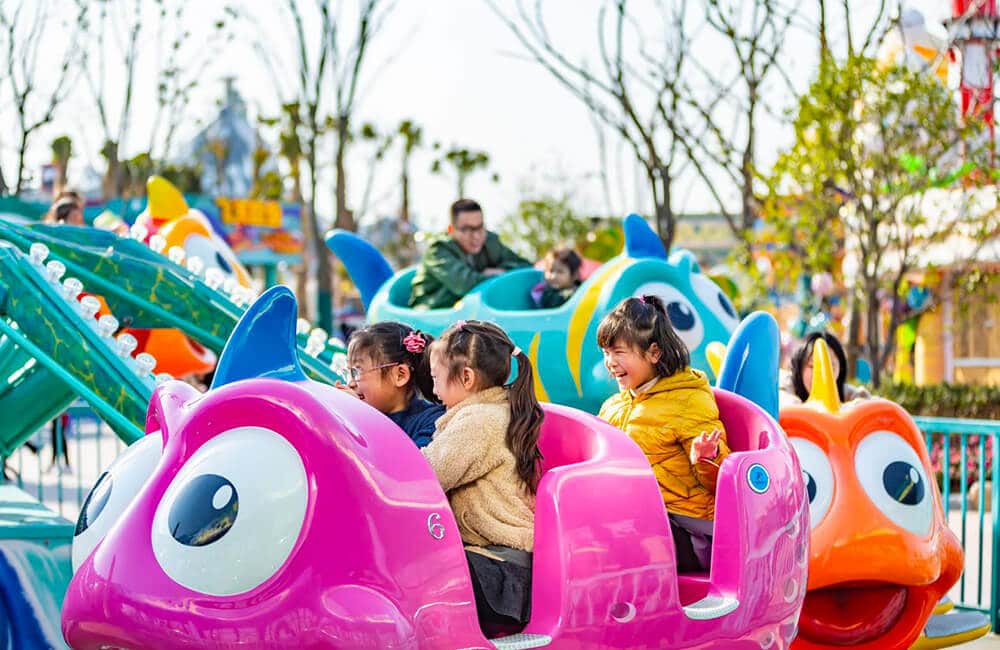 The Zamperla Group has begun a working relationship with the Fanta Group, a prominent Chinese organisation that operates widely throughout the national territory. To date Zamperla has provided rides for the group’s amusement parks in Anyang, Nanning, Changsha and Jingzhou e Mianyang.

One of the most significant amusement parks in Shanghai is the city’s Ocean Polar World, part of the Haichang Group. In the past Zamperla has worked with the group to supply several rides, including a Thunderbolt coaster, and we are now pleased to be involved in the Shanghai Ocean Polar World, having supplied four significantly theme rides to the venue, namely a Jumping Tower, Mini Jet, Flying Tigers and Family Gravity Coaster.

These are two of the most important projects in China for Wanda/Sunac and Zamperla has completed the installation of many of its most popular and successful attractions at both venues. Among these are examples of the Air Race, Magic Bikes, Disk’O Coaster, Factory Coaster and more, all of which are helping to support both companies’ ambitions to become leaderes in the Chinese entertainment industry.