The IAAPA Brass Ring Award is a symbol of achievement. The ring stands as a symbol of unbreakable connection as a community, that shares core values and beliefs of the individuals. It recognises and celebrates the individuals who champion the amusement park and attractions industry.

In particular, Nebulaz reached the First Place as Major Ride/Attraction with product cost of less than US$2 million.

Furthermore, The Super Air Race Ride won the Second Place as Major Ride/Attraction with product cost of US$2 to US$5 million.

The aim of Zamperla is to continue to believe in people, ideas and family, always trying to amaze people! 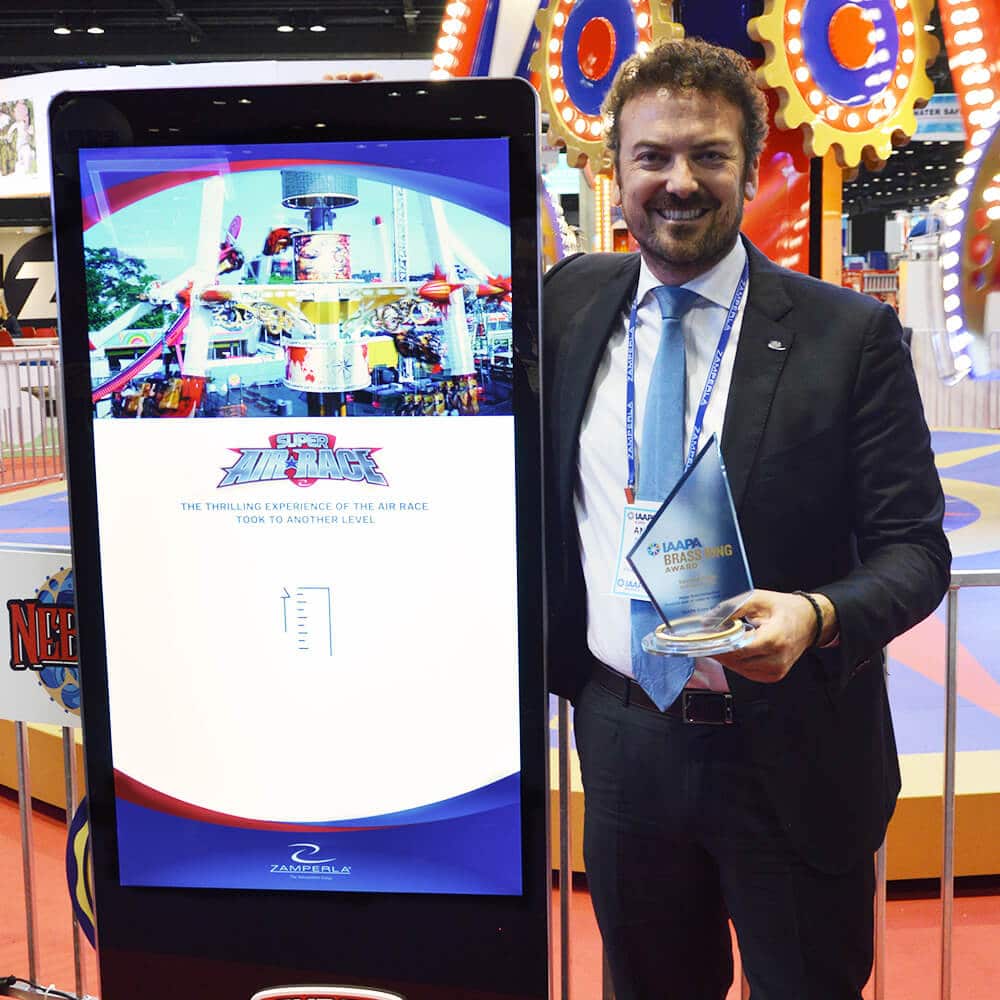