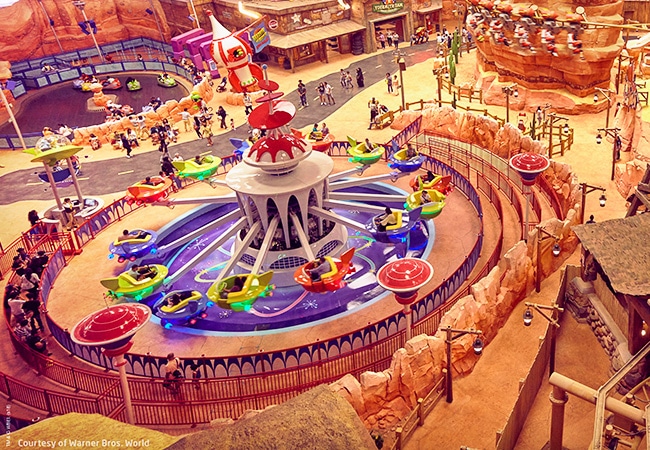 Zamperla was heavily involved in the Warner Bros. Abu Dhabi project which opened in 2018 and was delighted to supply a number of key attractions to the stunning indoor facility which is another part of the Emirate’s plans to put Yas Island on the global map and become among the world’s leading tourist destinations. 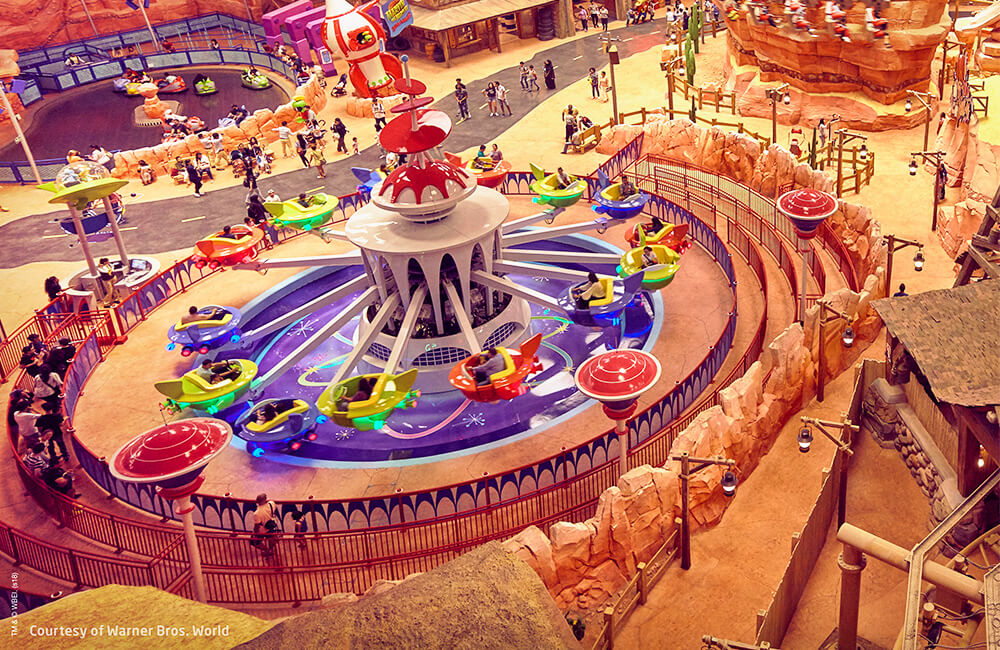 The park is the world’s first ever Warner Bros. branded indoor theme park and provides a new home for favourite DC Super Heroes such as Batman, Superman and Wonder Woman, alongside well-known animation characters from Looney Tunes and Hanna-Barbera, such as Tom and Jerry, Bugs Bunny, Scooby-Doo and The Flintstones, all under one roof for the first time in the region.

Covering an area of 1.65m sq. ft., the new park is made up of six immersive lands, which between them feature 29 state-of-the-art rides, interactive family-friendly attractions, unique live entertainment and a wide variety of dining and shopping experiences. The project developer for the park was Miral Asset Management LLC, while the licensing partner is Warner Bros. Consumer Products. 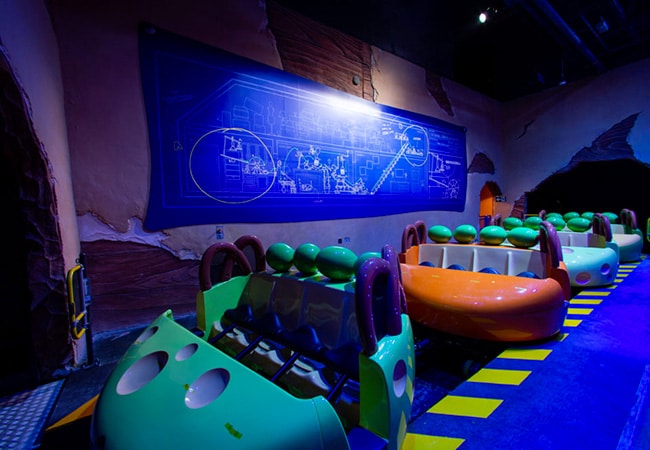 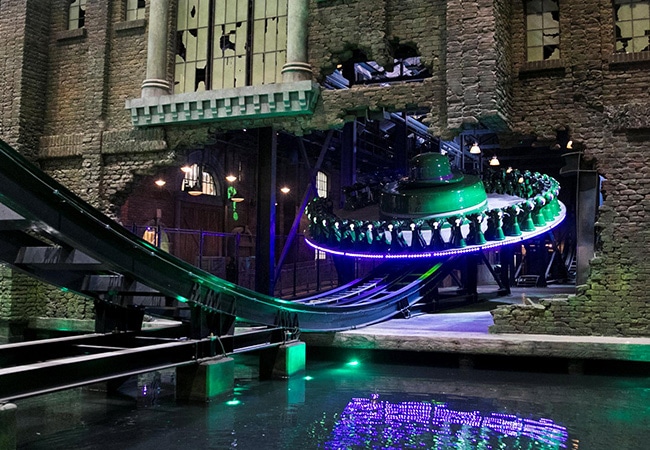 The rides supplied by Zamperla were the Super Twister Coaster, AeroTop Jet, Mini Jet, Bumper Cars, Disk’O Coaster and Speedway. The Super Twister Coaster, named the Tom and Jerry Swiss Cheese Spin, is a family‐friendly spinning coaster featuring two trains of four vehicles. Each vehicle incorporates a brand new restraint system along with an on-board sound system which plays a suitable soundtrack in synch with the ride’s twists and turns.

The Disk’O Coaster in Gotham City, named The Riddler Revolution, and Aero Top Jet, called the Jetson’s Cosmic Orbiter and found in the Dynamite Gulch area, feature detailed theming in line with the areas in which they operate. Also appropriately themed are the Mini Jet in the ACME area, named Tweety Wild Wockets, a bumper cars attraction, Marvin the Martian Crater Crashers, found in Dynamite Gulch, and the Speedway, called Ricochet Racin with Taz, in Cartoon Junction.