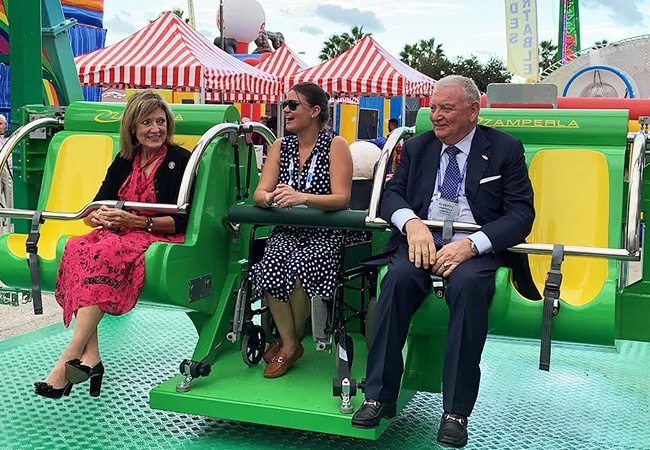 Zamperla, a leading amusement ride manufacturer, has donated a new ride to Give Kids the World Village, the Central Florida nonprofit that gives cost-free vacations to critically ill children and their families. 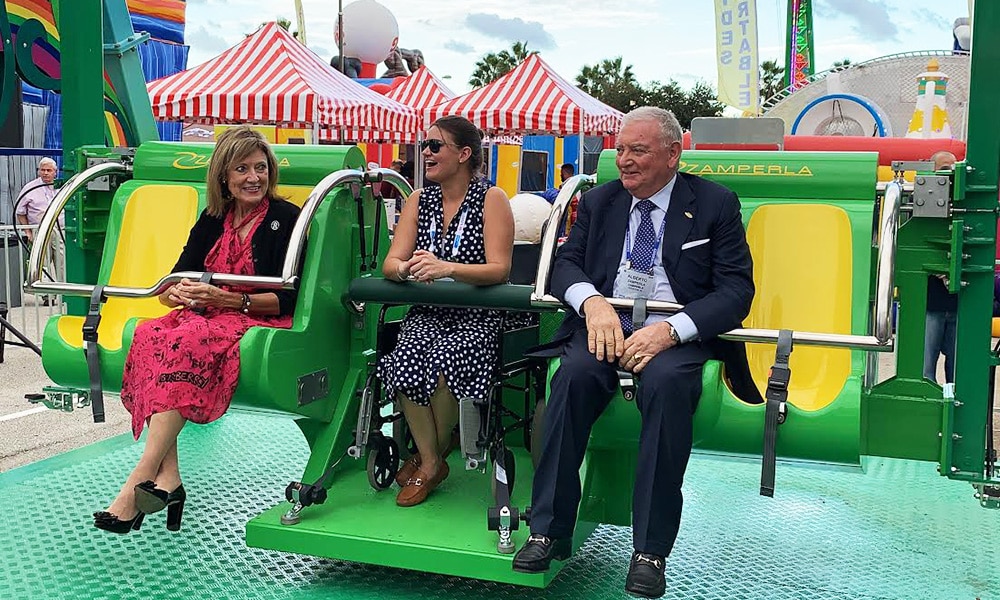 Zamperla presented their new swing attraction today at IAAPA Attractions Expo in Orlando, Fla. The swing will be on display during the Expo before it’s installed at Give Kids the World later this month.

Called The Happy Swing, the attraction can be enjoyed by both children and their parents, and is entirely wheelchair accessible – which is a great offering for children staying at Give Kids the World.

The entire Zamperla family has been a treasured partner of the Village for many years. We are truly grateful for their generous donation and continued commitment to helping us give families a once-in-a-lifetime experience. Their
understanding of the special needs of our families, and ingenuity to create something everyone can enjoy, means so much to all of us. This new swing will be a magical addition to the Village and a wonderful gift for the precious children we serve.
- Pamela Landwirth, president and CEO of Give Kids the World.

This is Zamperla’s third ride donation to the Village. Along with the swing, the company has donated a trail called JJ’s Express and a pedal-powered flyer called Lori’s Magical Flight.

“Give Kids the World brings joy and happiness to children, and that is what we do at Zamperla, too, We are honored to provide our rides to the families who stay at the Village and hopefully help create special memories for them.
- Alberto Zamperla, president and CEO of the manufacturer.

To learn more about Give Kids the World and its efforts