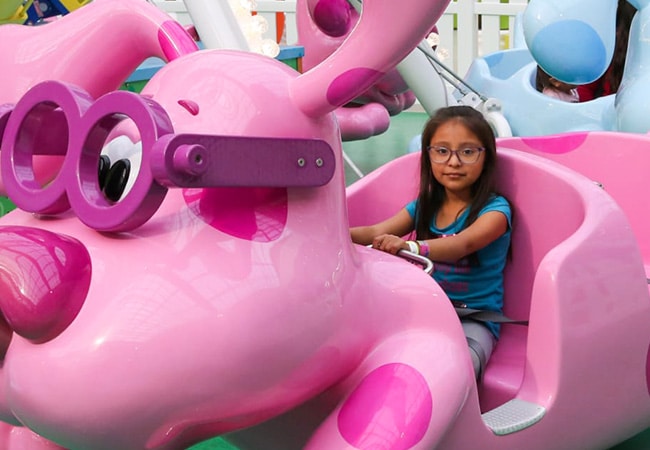 It’s like an indoor Disney World, packed with spinning rides, coasters, a nine-story-tall ropes course and many other amusements: the 8.5-acre facility is the largest indoor theme park in North America.

Opened in October 2019, American Dream is allocating 55% of its massive space to entertainment and Nickelodeon Universe is its featured entertainment venue in which there are 35 cartoon-themed attractions, billed as “the largest indoor theme park in the Western Hemisphere”.

American Dream is a home to a number of incredible options and attractions, it comprises more than 350 shops, an indoor ice skating rink, an indoor ski park, a water park and a Nickelodeon Universe theme park with 35 rides for families and thrill-seekers, both young and young at heart, 9 of which provided and thematized by Zamperla.

The renowned expertise of the company is, once again, there for all to see: from the Aang’s Air Glinders Air Race themed to Avatar that sends 24 riders into loops and twists to Zamperla Rockin’ Tug-style spinning flat ride themed to a Bikini Bottom bus from the SpongeBob SquarePants franchise.

For the all family, who want to take a thrilling flight through the clouds, Zamperla presents Flying Tigers themed to Fairly Odd Parents, adding others family rides such as Jump Around where riders are speedily taken through a circle, Ferris Wheel Fiesta Balloon themed around Paw Patrol, the pink SpongeBob’s Jellyfish Jam flying carousel, for a fast, breezy whirl. To delight even more the kids there are Zamperla mini jet Blue’s Skidoo, allowing them to control if they go high or low, and the blue Aerial Ride for a panoramic trip over the park.

Another attraction, ready to take you on a thrilling experience, is the Zamperla discovery Kraang Prime Pandemonium ride, for a series of pendulum swings and 360-degree turns up and down.

The American Dream gets real with the Italian knowhow of Zamperla group.