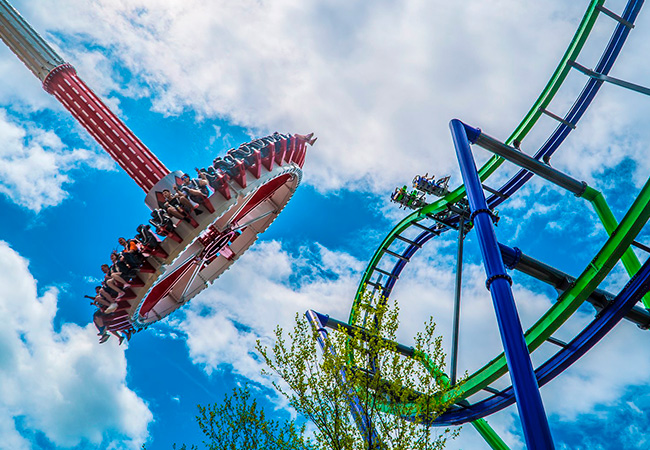 HOW THE DISCOVERY RIDE BECAME AN ICONIC ZAMPERLA PRODUCT

One of our most iconic products in the Zamperla World of attraction, the Discovery, has always been on top of mind for what concerns the thrill and excitement ride installations.

The history and developments of the Discovery product have been marked by several steps: approximately, during the last 20 years, the ride has experienced some changes in size, number of seats, pendulum length and lighting system.

The main differentiation that exists between the Discovery typologies of rides it’s due to the width of degree rotation accomplished by the pendulum: indeed, the rides are divided into 135° and 360° rotation. What an extreme and adrenaline-pumping experience!

The first prototype was designed in 2004, the “Discovery 30” is characterized by 30 seats situated in a large gondola where riders were facing outwards with their feet dangling below, the maximum height reached is approximately 26 meters.

Next, in 2006 the “Discovery 40” (also known as Giant Discovery), the new version of the popular spin and swing flat ride, was presented, increasing, even more, its adrenaline features and the number of riders, reaching up to 40 seats, whereas the maximum height in operation is 44.8 meters. 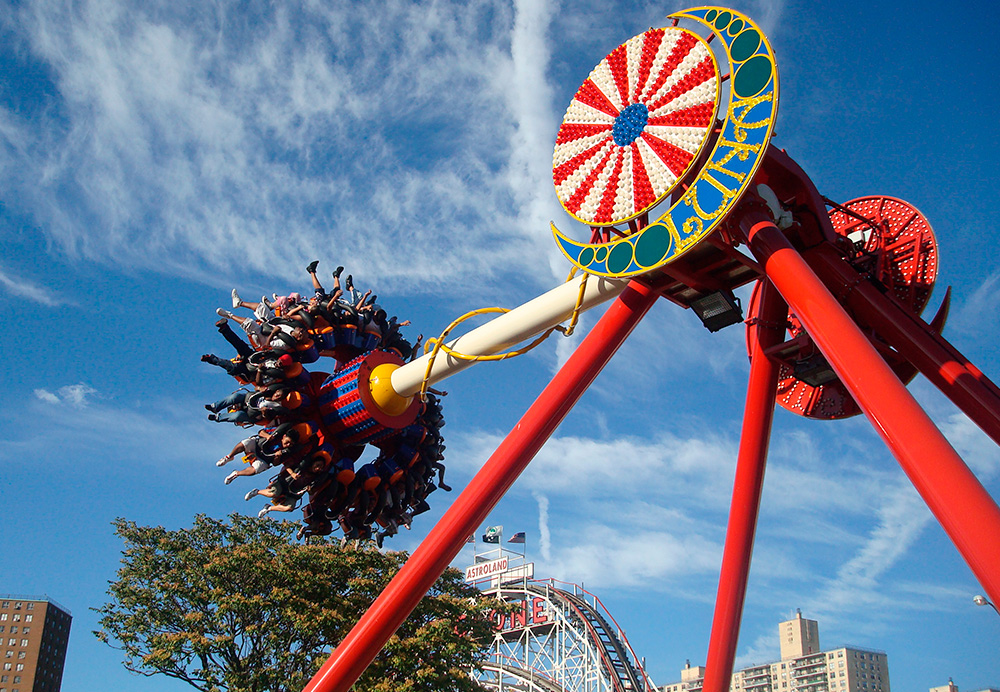 Discovery 16, which made its first appearance in 2009, represented an important achievement for the Z-team. Luna Park in Coney Island installed the first version: this amusement ride is considered innovative because of its reduced sizes, perfect fit for every amusement park, even small-scale ones and indoor venues. Zamperla finally got the chance to explore new markets by responding to the growing demand of some theme parks that until then could not afford to install the Discovery due to its huge dimensions.

Some great achievements were reached also in 2012 and 2018: the Z-team developed the Discovery Revolution (360° pendulum rotation) and the Giga Discovery.

This last version of the ride was classified as an important innovation achievement as it first took riders higher and faster than ever before. The Z-group won the World Record as its ride reached 70 miles per hour (112 km/h) and 52.5 m of maximum height point. Giga Discovery quickly became a landmark attraction.

Customization is one of the main Zamperla’s points of strength: Discovery rides have been installed in parks located all over the world, whose themes range from western, to animal world, to dinosaurs to tropical and nature. The creation of the right storytelling around this attraction is what the Z-art department is fully committed to. The theming and decoration skills of the rides, adapted to the specific requirements of the clients and the size of the parks, enhance, and establish the name of Antonio Zamperla SPA worldwide. 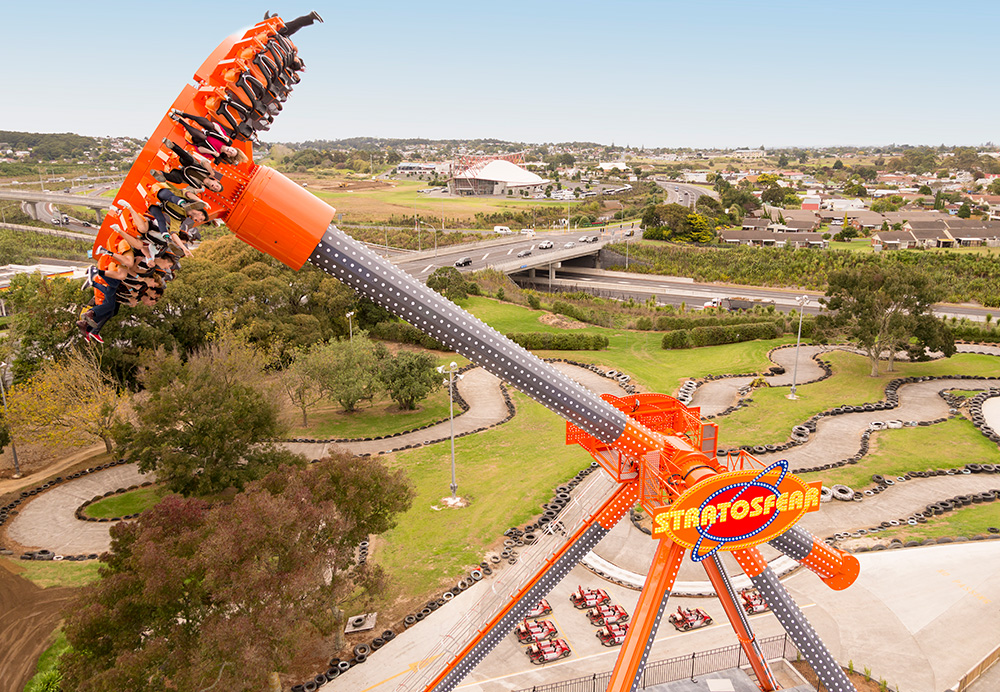 The customization of our product is not only related to tint, shaping and molding, our expertise and craftsmanship are also highlighted by the electrical dept: its focus is to create those spectacular lighting designs typically required by the amusement parks.

Creativity, differentiation in sizes, seats, pendulum length, lighting design and customization: some of the main points of strength regarding the handcraft behind this masterpiece.